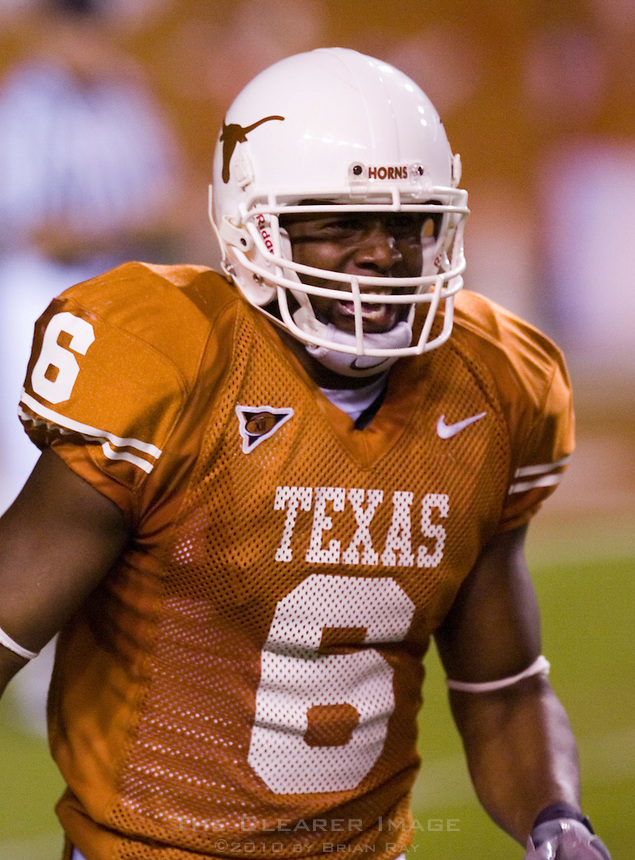 30 September 2006: Texas receiver Quan Cosby celebrates on his way to the sidelines after returning a punt for a touchdown during the Longhorns 56-3 victory over the Sam Houston State Bearkats at Darrell K Royal Memorial Stadium in Austin, TX.