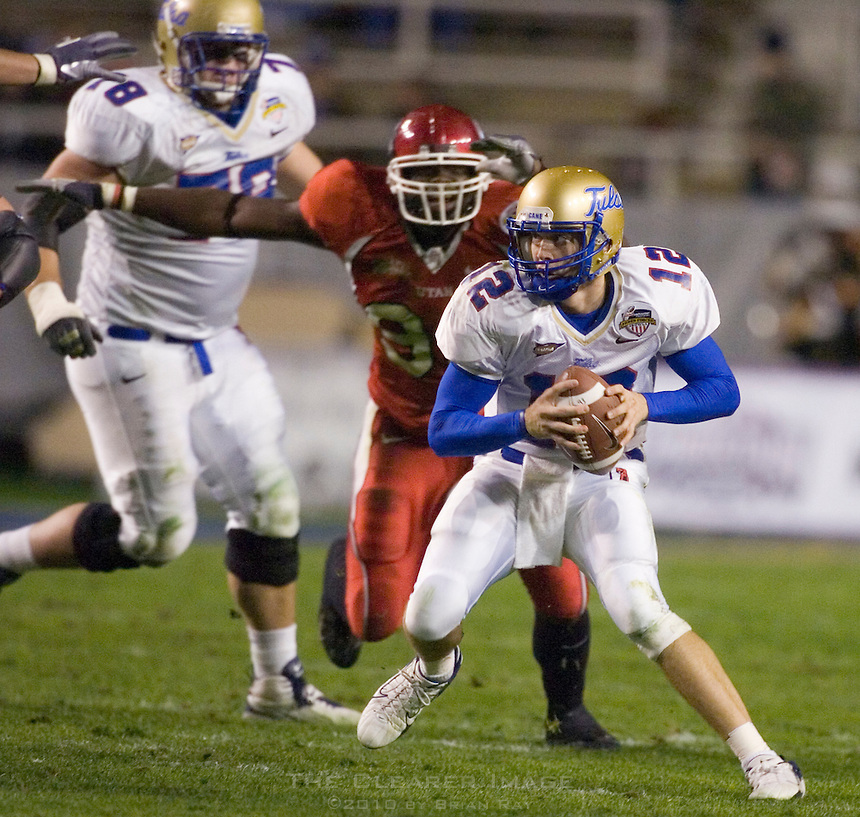 23 December 2006: Tulsa quarterback Paul Smith (#12) dodges Utah defenders while running with the ball during the 2006 Bell Helicopters Armed Forces Bowl between The University of Tulsa and The University of Utah at Amon G. Carter Stadium in Fort Worth, TX.